AHOY, ME HEARTIES!
On 22nd August, seventy-three (wow!) Bank of Scotland Pensioners found their sea legs and boarded the Forth Belle at Hawes Pier, South Queensferry for a sightseeing trip of the three bridges over the River Forth. We also passed by the island of Inchcolm, with its medieval abbey. 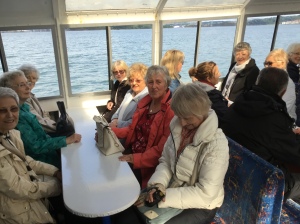 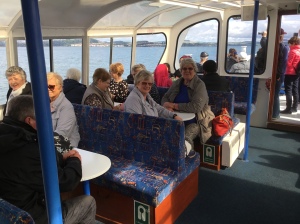 Departing Glasgow at 9:15am, the weather didn’t look too promising, which is why you’ll see from the photos, everyone dressed appropriately for a traditional summer outing in Scotland. Thankfully, though, by the time we set sail, the skies were much more welcoming.

We weren’t the only ones on board, as we were joined by another twenty-five ‘tourists’ – and a couple of dogs who looked on enviously as we scoffed the lovely cream teas that had been pre-ordered. 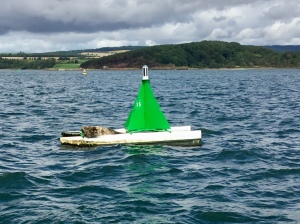 The dogs, in fact, were not the only animals on show, as we spotted

say) on buoys as we sailed past.

The commentary on the boat was terrific and informative and overall this was a fantastic trip – one that I’d highly recommend.
(Janette.)

**Click on any of the images below to enlarge.** 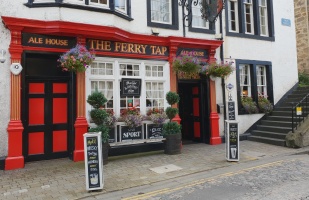 It’s a Bank trip – there has to be one of these along the way!